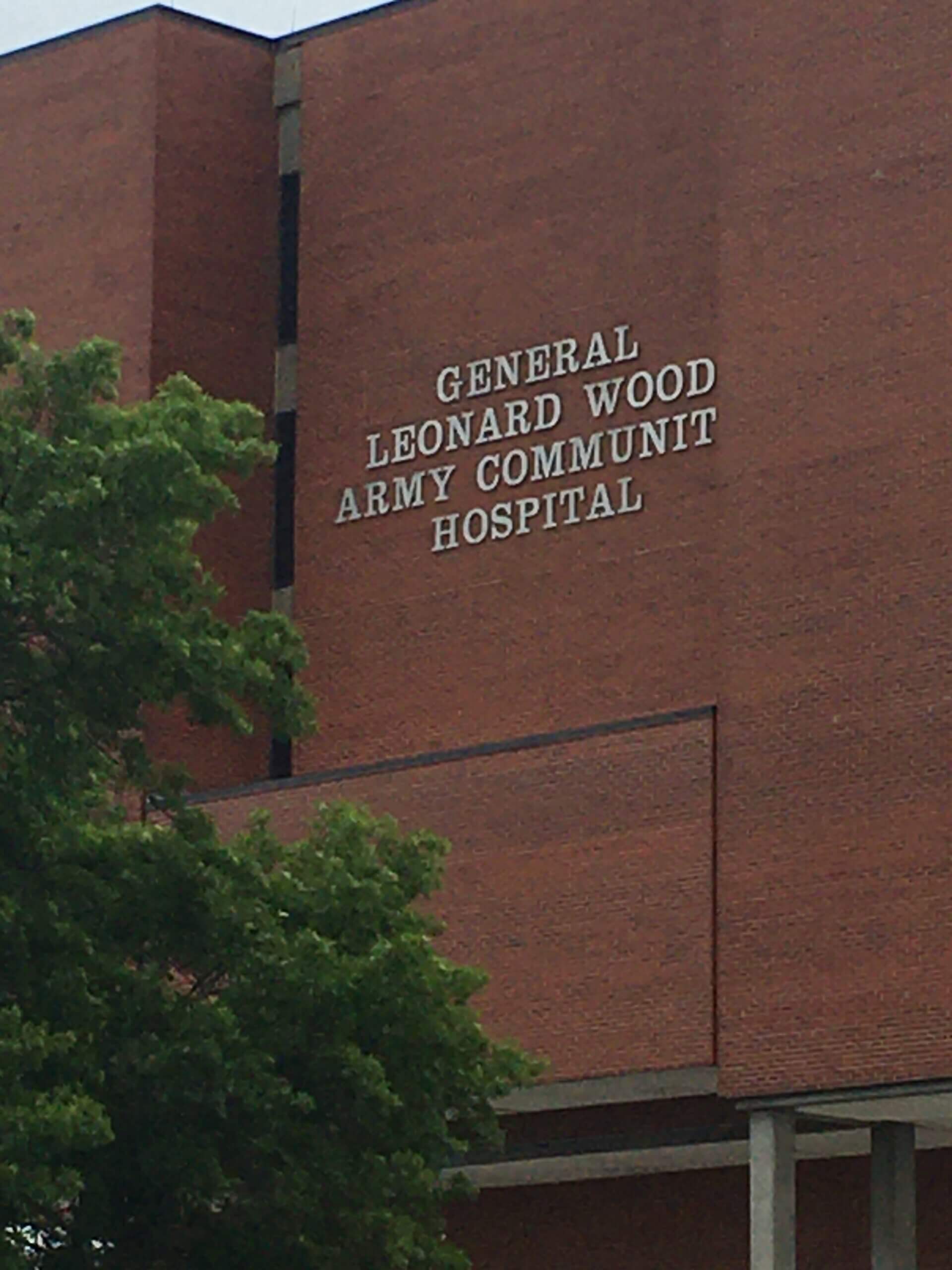 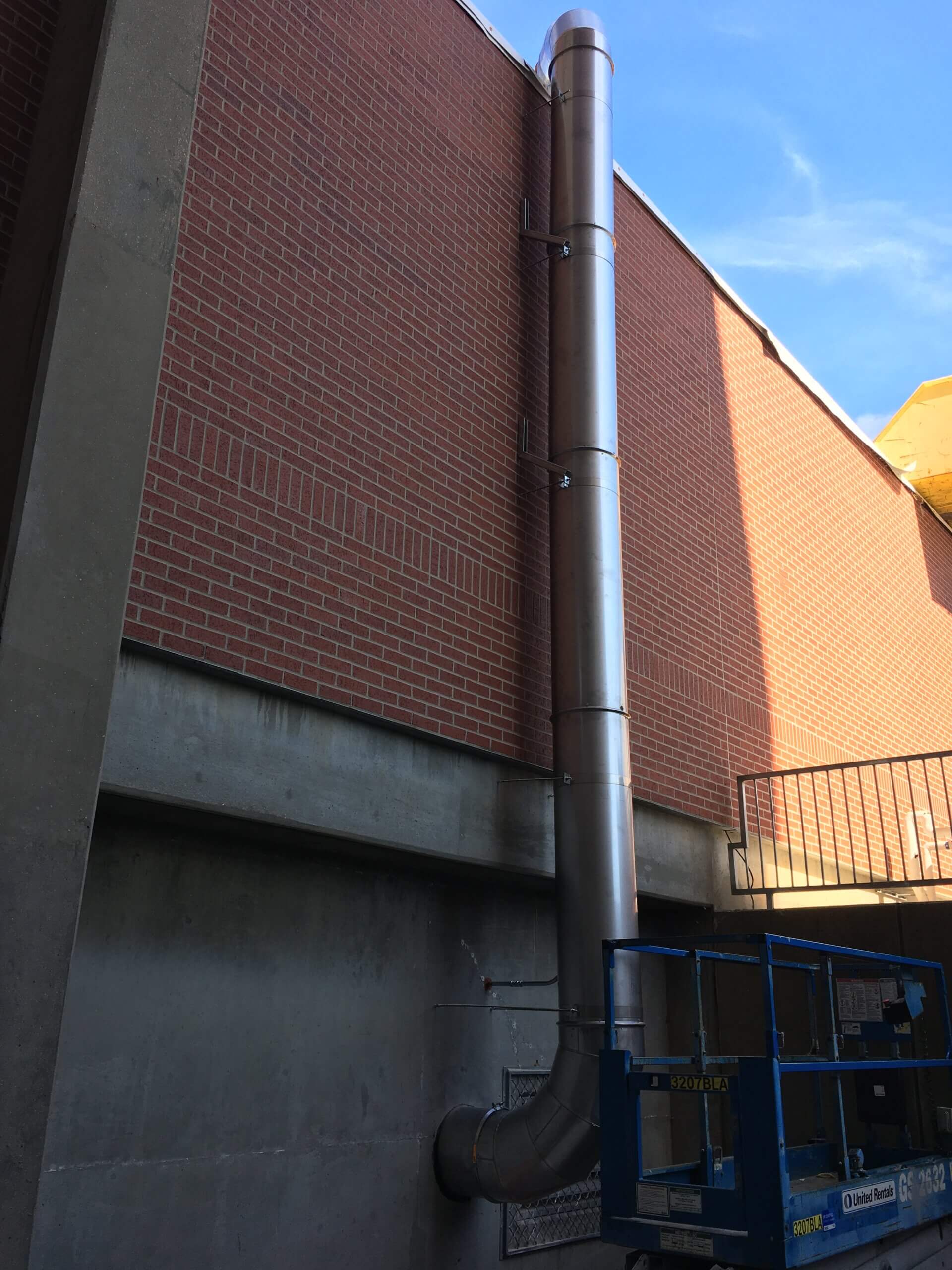 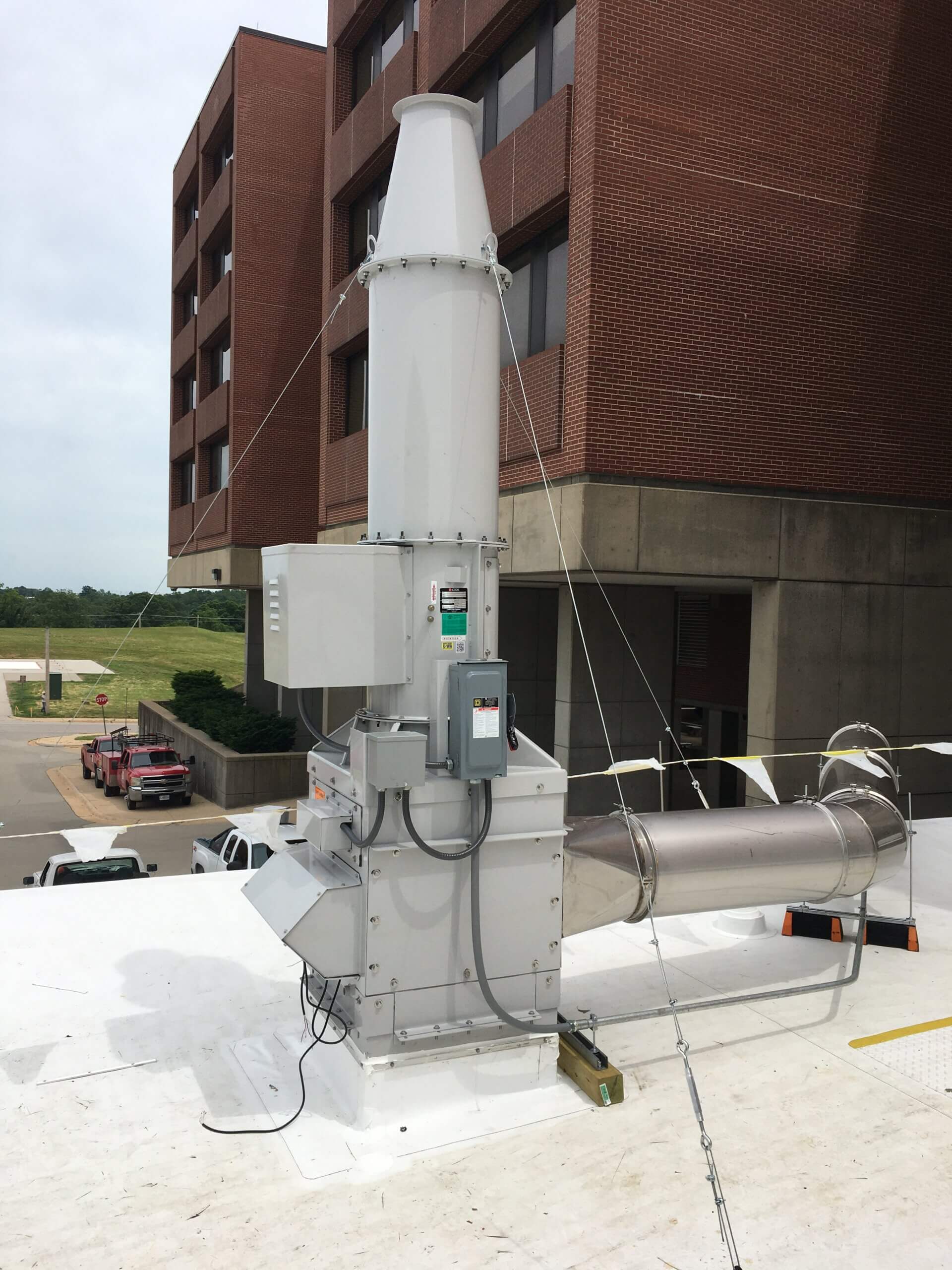 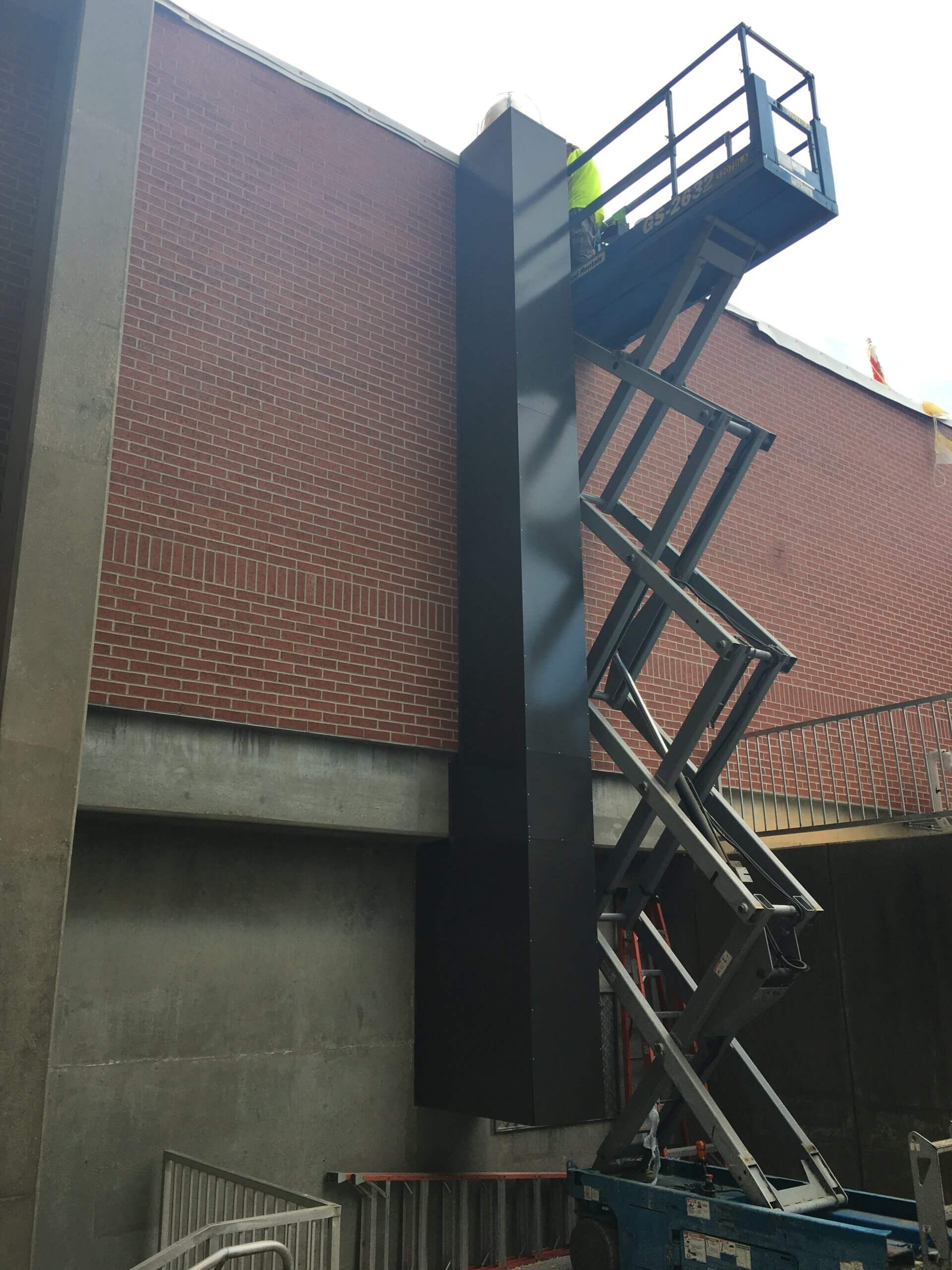 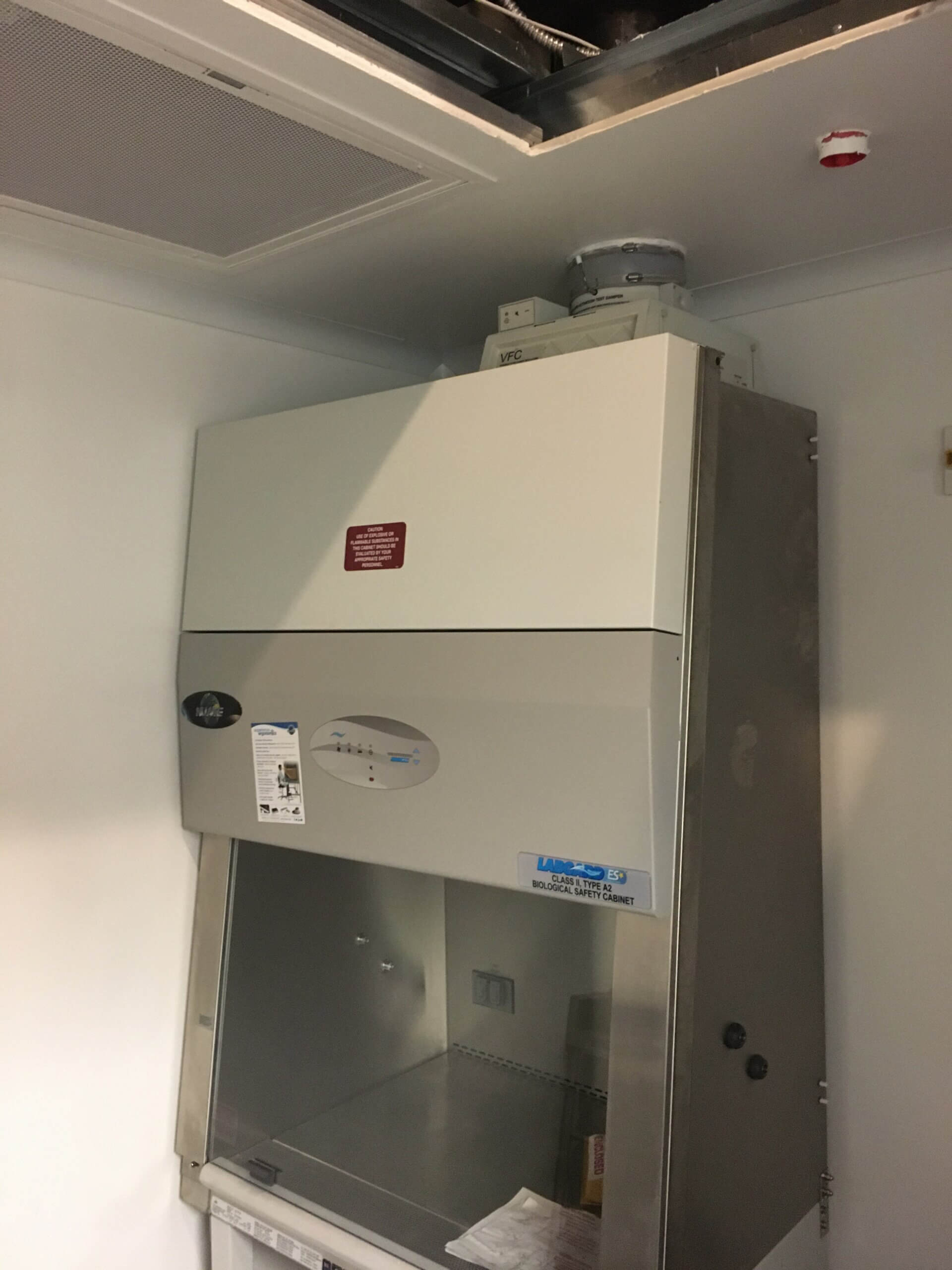 Project requirements were to build (2) pharmacy lab mixing rooms with a common anteroom that meets USP 797 and USP 800 requirements and re purpose the existing mixing areas in General Leonard Wood Army Community Hospital. The Pharmacy was to remain fully operation during the execution of this work.

All new rooms were designed to meet ISO class 7 requirements with 30 air changes per hour. (3) New VAV box’s were installed for supply air from AHU-15. Ceiling mounted HEPA filtration was provided by the use of (7) ceiling mounted fan filter units. New pressure and temperature monitors were installed with local audible and visual alarms and communicate with the local building automation system. New lab hoods were installed with new dedicated stainless steel exhaust system that was ran through the crawlspace and up to a new exhaust fan on the roof. Final certification of the clean rooms was also required.

New sink mounted eyewash stations were installed with extension and with tepid supply water, and alarms with manual bypass during eyewash testing, on wall outside of ante-room that alarms when eyewash is active.